The Goal Space of Utd’mbts

They said
Be legendary
be fearless
have courage ’cause
it’s only in your mind, and
rock climbing is fun

The ancient language is a difficult thing to analyze, and I must resort to imperfect analogies written in our crude English to attempt a translation of the major features of its expression. Actually, I suppose what I’m calling “major features” are actually minor elements of the real manifestation that is purported to have existed. So anyway, I might propose a feature that I will call the “goal or opinion space” which I will begin to endeavor to be a cluster of meaningful concepts perhaps giving hints at the structure of the ancient language in its elementary form that was intended for children. 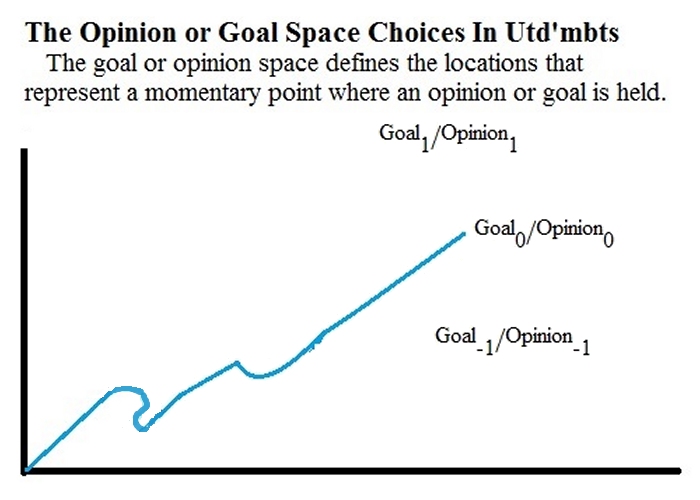 There is a tendency for a person to cling to an established goal or opinion, to only observe and remember that which would confirm that belief, and to ignore or distort that which would refute that belief or interfere with an important goal. This core goal or belief is indicated here as the Goal 0. There is a position vector R which designates a particular goal or opinion point on a path to be fulfilled. A peer pressure force (F) can alter the direction of travel towards a goal. I’ll come back to this later and add it as an edit here… [I’m going to look at what this looks like so far, and I suppose it’s best to post something before a crash or whatever… (I’ll be back here later)] 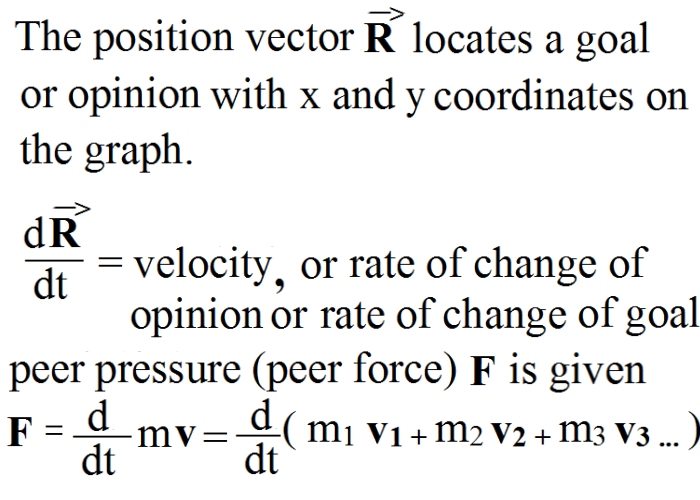 Where m = the number of people holding a particular opinion or goal, and
v = the velocity with which the people are moving towards that goal

2 thoughts on “The Goal Space of Utd’mbts”

This site uses Akismet to reduce spam. Learn how your comment data is processed.